A major figure in the translation of military “riot suppression” tactics to domestic law enforcement in the 1960s and 1970s was a former US Army Lt. Colonel named Rex Applegate. Applegate took a commission as a second leuitenant, but had a lung ailment kept him from serving in combat in World War II and so was assigned to Military Police Company before being tapped by Col. William Donovan to build and run the School for Spies and Assassins in the Office of Strategic Services (Goldstein 1998). Larger than life, Rex even served as bodyguard to President Franklin Roosevelt, before retiring and moving to Mexico at the end of World War II to consult with Central and South American governments on “riot control” (Goldstein 1998).

Applegate returned to the US in the 1960s during the civil rights and anti-war protest era and began proselytizing the good word of the thermal fogger (Applegate 1969, 1970). Indeed, Rex published what can only be described as a long-form written sales pitch for the GOEC Pepper Fog thermal fogger in the highly circulated Guns magazine in 1970 (Applegate 1970). 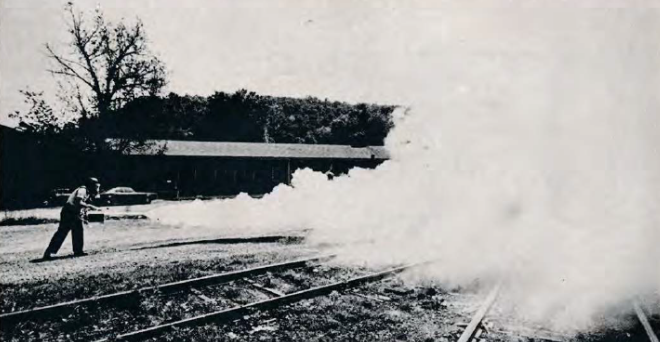