Canadian law enforcement was also quick to jump on the fogger train and the media were just as happy to propagandize their use (Patterson 1976). A convention of US and Canadian police chiefs held in Halifax, Nova Scotia in 1976 provided a glimpse into the state of affairs by mid-decade, at which point a supply chain had clearly been developed, although weapons salesmen refused to be named or have their statements linked to employers (Patterson 1976). 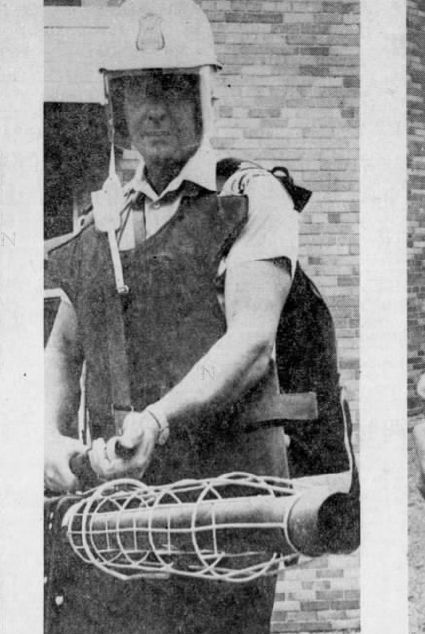