In October of 1965, the USMACV (United States Military Assistance Command, Vietnam) was supporting the South Vietnamese Army’s (ARVN) III Corps in a “search and destroy” operation in the Iron Triangle, an area known to house an elaborate Viet Cong tunnel system (USMACV 1965). 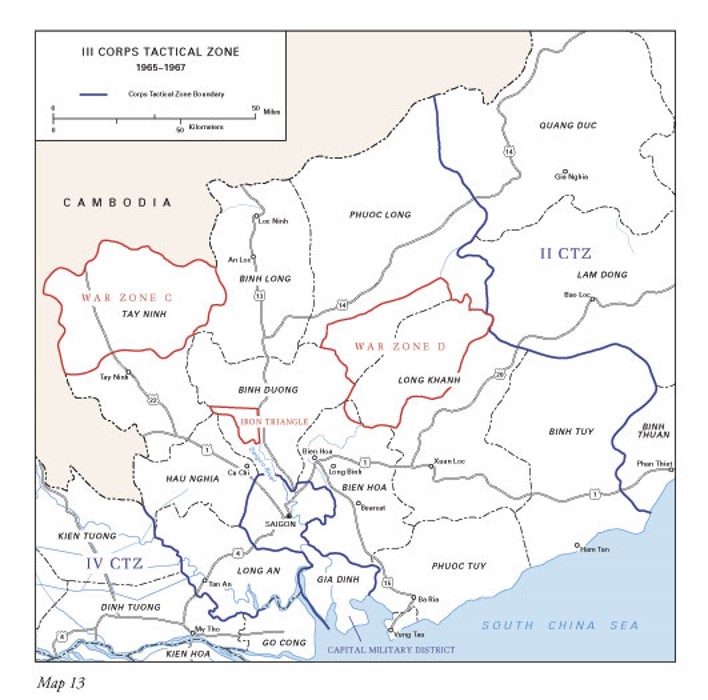 The US Chemical Advisor to the ARVN’s Chemical Team participated in planning the operation, and suggested using a Mity Mite (a.k.a. Mitey Mite, Mighty Mite) 2-cycle thermal fogger to aid in clearing tunnels. A 6-member unit of ARVN Chemical Team members was organized on October 7th for implementation of the fogger (USMACV 1965). The next day, the force located a tunnel and set into motion an elaborate scheme to fog the tunnels with hexachloroethane (HC) smoke from burning pots, marking the first known tactical use of a thermal fogger to deploy chemical weapons agents (USMACV 1965, Rottman 2012). Overall, the endeavor was dubbed a success, despite the tunnel already being empty (USMACV 1965).

Although (highly toxic; Simonis (2020)) munitions smoke was used in this application, it was noted that tear gas would be “very effective in flushing VC from tunnels” should there been any present (USMACV 1965).

According to the Lessons Learned report filed by the USMACV the next month,

This is believed to have been the first tactical employment of Mity Mite by ARVN. [emphasis added]

Note that there is no mention of use by USMACV prior to this deployment (USMACV 1965).

Seeing the Mity Mite in action got the wheels turning in the heads of USMACV officers, and the idea of deploying the fogger outside of tunnels was on the table (USMACV 1965).

This is made clear in the Lessons Learned report, where they state that the

At the time, however, the set up used powder, pot, and grenade sources of chemical agents, which was inefficient and required extensive supplies and gasoline reserves (USMACV 1965).