American companies quickly jumped at the opportunity to refine the bulky, complicated Mitey Mite and sell thermal foggers to the military and domestic police departments. As early as 1969, The International Association of Chiefs of Police included a detailed section on thermal fogging and available models in their Chemical Agents Manual (Crockett 1969), providing prime trade-focused marketing. Indeed, both Federal Laboratories and General Ordnance Equipment Corporation models were included.

The original Mighty Mite that established the fogger as a method of chemical dispersal was manufactured by Sears, Roebuck, and Co. for insecticide application (Applegate 1969). 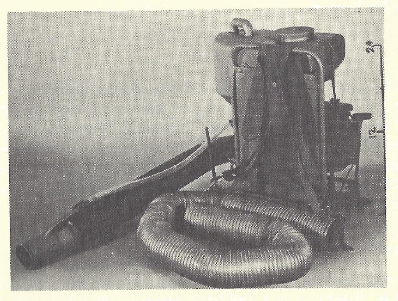 The bulkiness of the Mity Mite backpack proved to be a hindrance in mobile application, however, and while chemical weapons corporations began their fogger lines with hand-held models using 2-cycle engines, there was a push to produce a more streamlined and specialized tool for fogging chemical weapons at civilians (Applegate 1969, 1970). 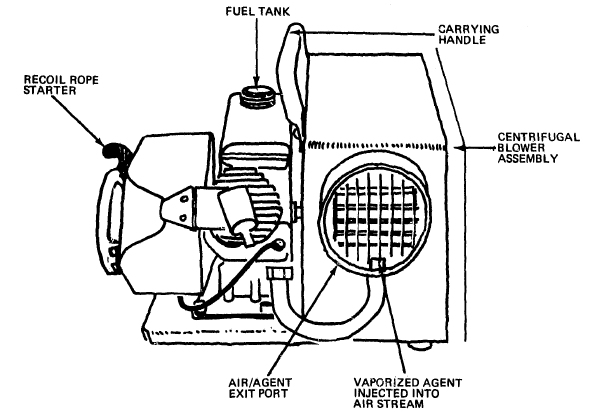 Sears does not appear to have entered The Mity Mite into the law enforcement market, perhaps due to the company’s existing legacy branding, and the model never established itself in the domestic market.

Federal Laboratories, one of the major US manufacturers of chemical weapons starting after World War I, developed a hand-held 2-cycle thermal fogger that did not need a backpack or hoses: 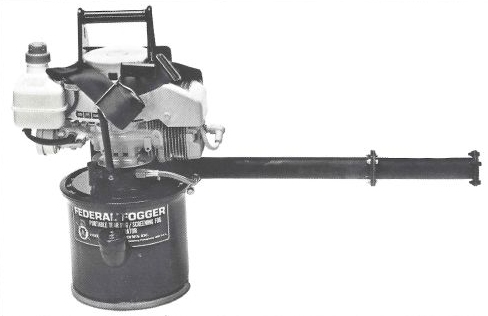 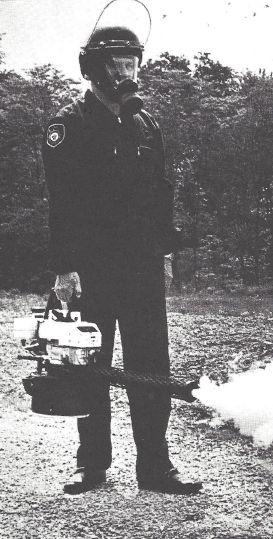 The General Ordnance Equipment Corporation (GOEC), who invented and trademarked Chemical Mace earlier in the decade, had been bought-out by Smith and Wesson by the late 1960s when the fogger market opened up (Gross 2014).

Alan Litman, the brains behind GOEC, retained leadership of chemical weapons development after the buy-out, however (Gross 2014), and he must have seen an opportunity, as GOEC began selling hand-held thermal foggers in July 1968 (Applegate 1969).

They named their units “Pepper Fog” generators, a nod to their apparent ability to “pepper” the recipient with more concentrated bursts of fog if desired, compared to the steady stream output from the Mity Mite (Applegate 1969), and applied for a trademark on the phrase in October of the same year (USTPO 2018). By the end of August 1969, GOEC (and thus Smith and Wesson) had received the trademark on “Pepper Fog,” which they (and subsequent owners) retained until it expired in 1991 (USTPO 2018).

While GOEC did develop and sell a stationary 2-cycle model for vehicle mounting, it was their hand-held pulse-jet model that took the market by storm (Crockett 1969). 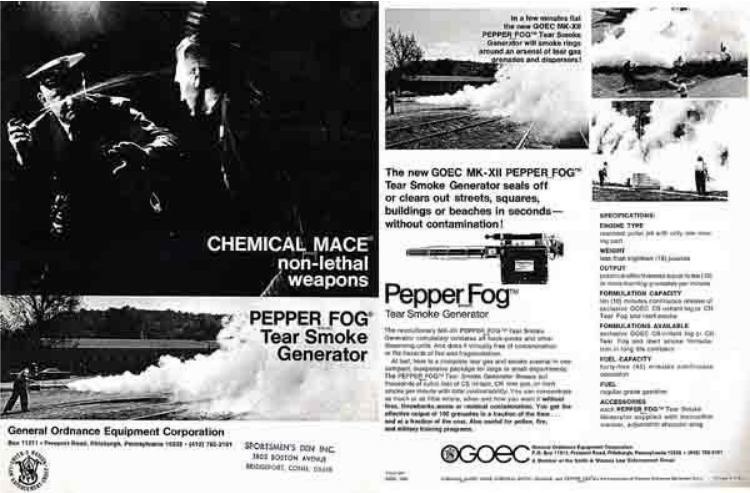 They also leveraged the connection between local law enforcement and the press to generate free marketing with an international reach.

It is perhaps no surprise then that virtually all of the foggers photographed being used in the US prior to 2020 are GOEC models.

The corporate descendent of both GOEC and Federal Labs and current owner of the legacy branding (Safariland subsidiary Defense Technology) continues to sell items under a “Pepper Fog” line, including a “pepper fog generator” that utilizes the same pulse-jet generation technique (Safariland, LLC 2020a): 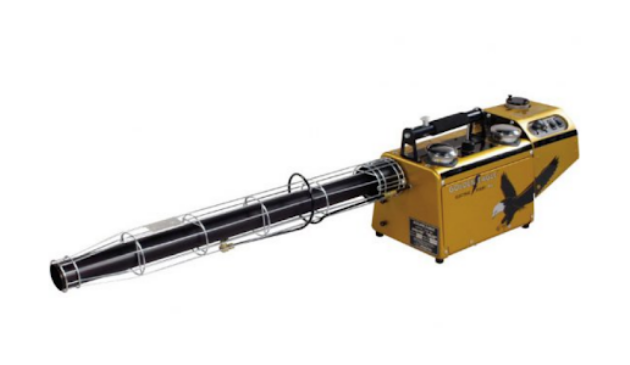 This has supplanted the models produced by the corporate ancestors to Defense Technology, which were bulkier and considerably heavier (Samuels et al. 1969).