On occasion, police forces have used foggers against protests or riots that are more of a celebratory nature but still do not respond to their commands to disperse.

Indiana State Police used a pepper fogger and gas grenades on a crowd of 2,000 drag racing fans blocking a highway between the track and campsites at the Hot Rod Association’s US Nationals in Clermont IN, September 1 1974 (Associated Press 1974a, 1974b).

New Year’s Eve 1975 was apparently quite raucous in Florida, as many cities experienced revelry that got out-of-hand enough to elicit police use of force (United Press International 1976a). In Ft. Lauderdale, party-goers pulled down a traffic light and police deployed multiple foggers on a crowd of 2,500 on the beach (United Press International 1976a). 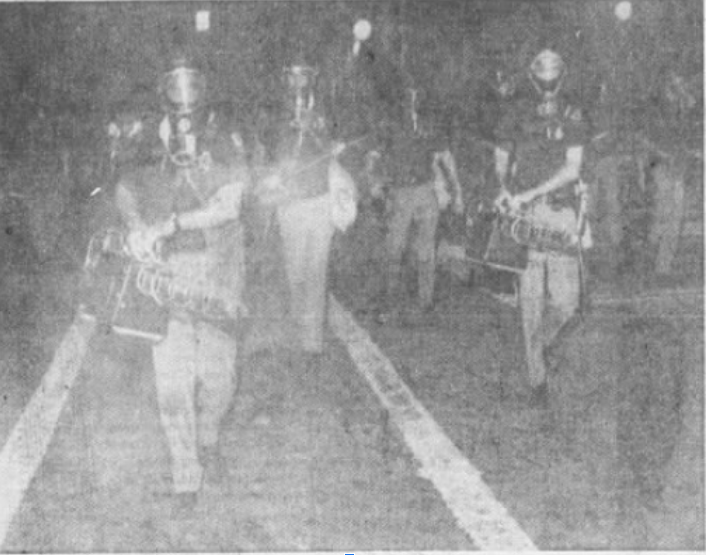