Lawrence, Kansas Police used tear gas, including from a thermal fogger, on April 21st, 1970 against Black high school and junior high students, their parents, and community members (Monhollon 2002). The students had gathered that day after a week-long stand-off with administration in response to their failures to meet their demands regarding Black representation in curriculum, hiring, sports, and awards (Monhollon 2002).

Black students had occuppied the principal’s office on May 13th and prominent members of the office occupation were arrested from the school that day and promptly suspended from school (Monhollon 2002). Racial tensions escalated over the subsequent week flamed by presence and actions of the local Klu Klux Klan and Minutemen, some of whom were also police officers (Monhollon 2002). The night of April 20th, the school board held a meeting where they barred suspended students from participating and did not reinstate them, nor did they address the demands, and there was a mass walkout (Monhollon 2002).

The next day, police were ready with heavy chemical weaponry, including the GOEC Pepper Fog fogger: 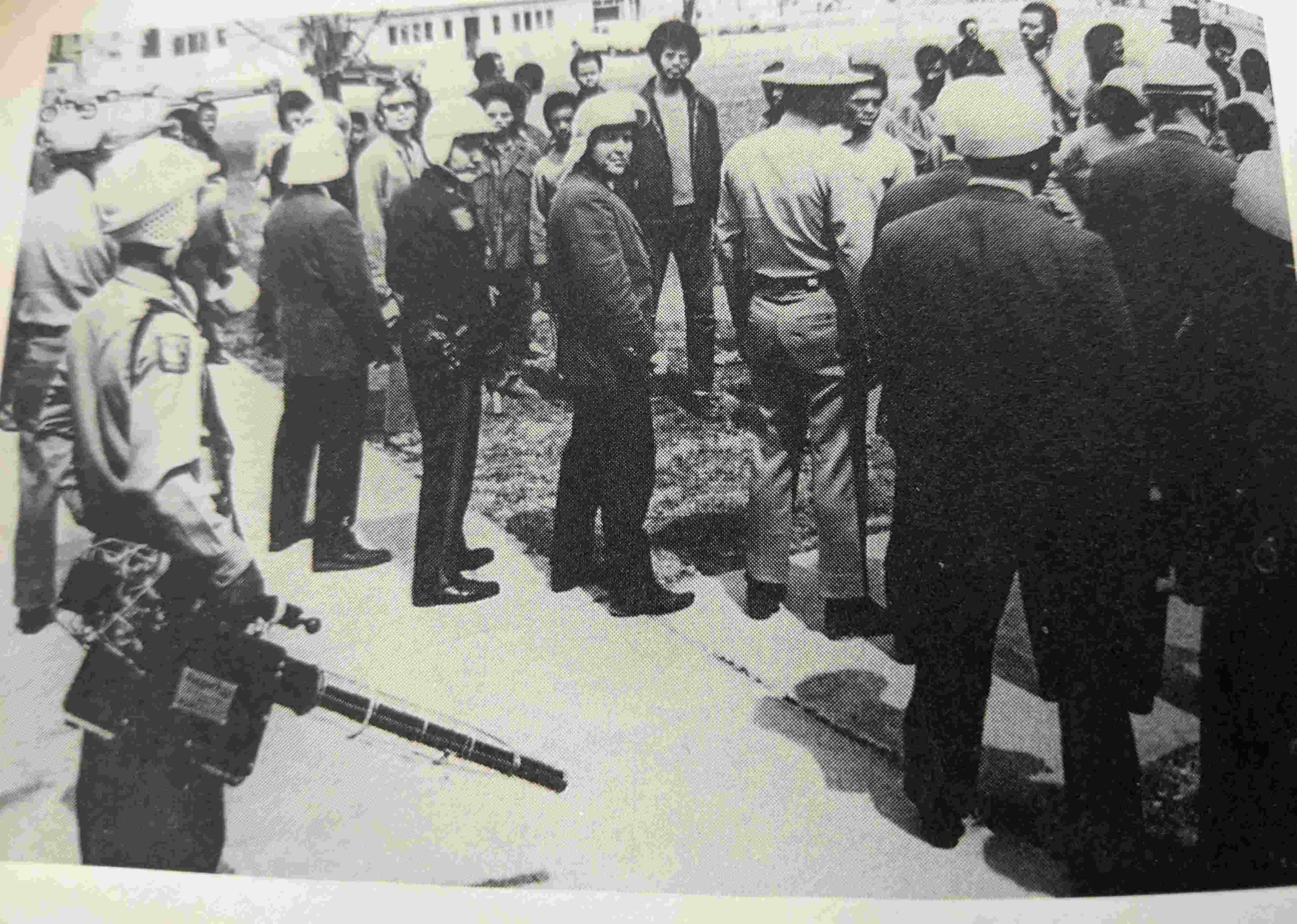